A Fine Calligraphy
by
Yamaoka Tesshu

Yamaoka Tesshu was born on June 10th, 1836 and passed away at the age of fifty-three on July 19th 1888. He was a man of immense and special character and excelled in many disciplines. He became a famous Buddhist, calligrapher, swordsman, statesman, and philanthropist. He began his studies of swordsmanship at the age of 9 learning kendo in the Shinkage Ryu Tradition. He became very renowned for his skill with the sword and later is his life he developed his own system of fencing. This is the famous "Muto-Ryu" or "no sword" school. Much in the same manner as Minamoto Musashi, he reached enlightenment through his dedication to Zen, Calligraphy and swordsmanship.

In addition to his accomplishments as a swordsman, Tesshu had a hand in the modernization of Japan and became very instrumental in the introduction of Japan to the modern world. He was directly retained by Emperor Meji and had been an advisor to the Tokugawa government before the restoration. He was the negotiator with Saigo Takamori during the civil uprisings that followed the Meji restoration when Takamori rebelled against the new government. Tesshu helped arrange the peaceful surrender of Edo Castle, saving many lives on both sides.

As a master of calligraphy, Tesshu is know as one of the "Bakumatsu no sanshu" also called the "three shu". This group consists of three famous artists. They are Yamaoka Tesshu (d 1888), Katsu Kaishu (d 1899) & Takahasi Deishu (d 1903).

This calligraphy is over 6 feet tall and is in excellent condition. It comes with a lovely custom made storage box stating the name of artist on the lid with built in support arches that the ivory rollers rest upon.

This calligraphy states, "The mountains are dyed to many colors quietly". The meaning can be interpreted to guide us to accept change with grace but can also show us that change is inevitable and will happen no matter how we enforce our will. This meaning fits strongly into the political climate of Tesshu's later years and the method of his successes.

The strength and intuitive nature of the brush work in this work is outstanding. The quick skillful brush work creates the "flying white" affect that was first introduced by the famous Chinese calligapher, Cai Yong, during the East Han Dynasty 206BC - AD9. Please look at the area between the stokes were only the very tip of the brush is touching the paper and creates fine / broken lines. This use of negative space creates the flying white style. The strength of the strokes versus the passive nature of the meaning creates a powerful irony. 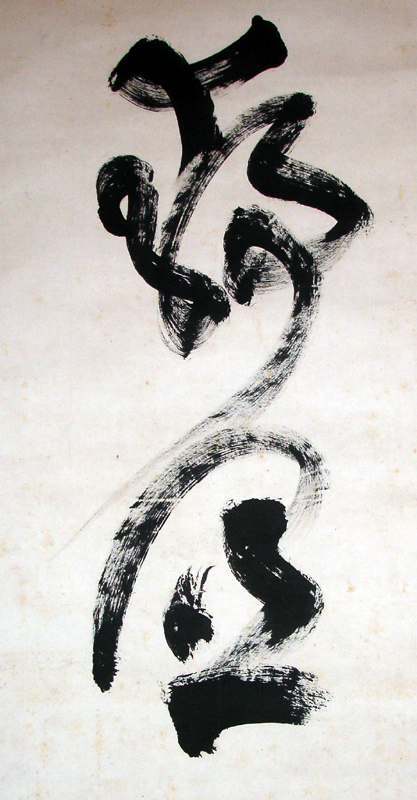 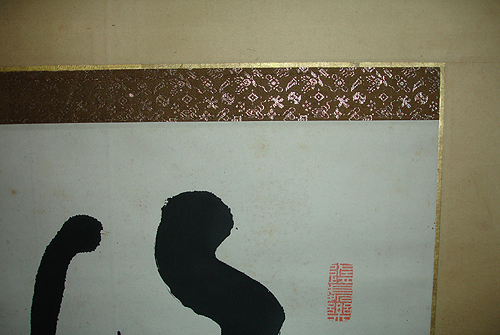 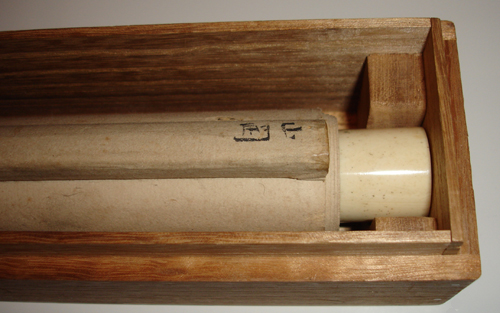 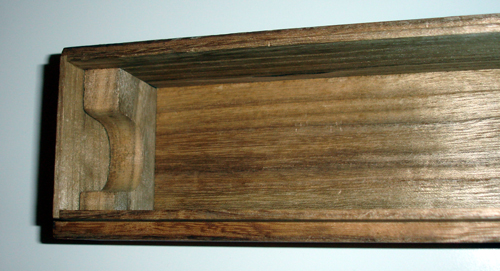 Reference photos from Swords of the Samurai by Victor Harris and Nobuo Ogasawara. 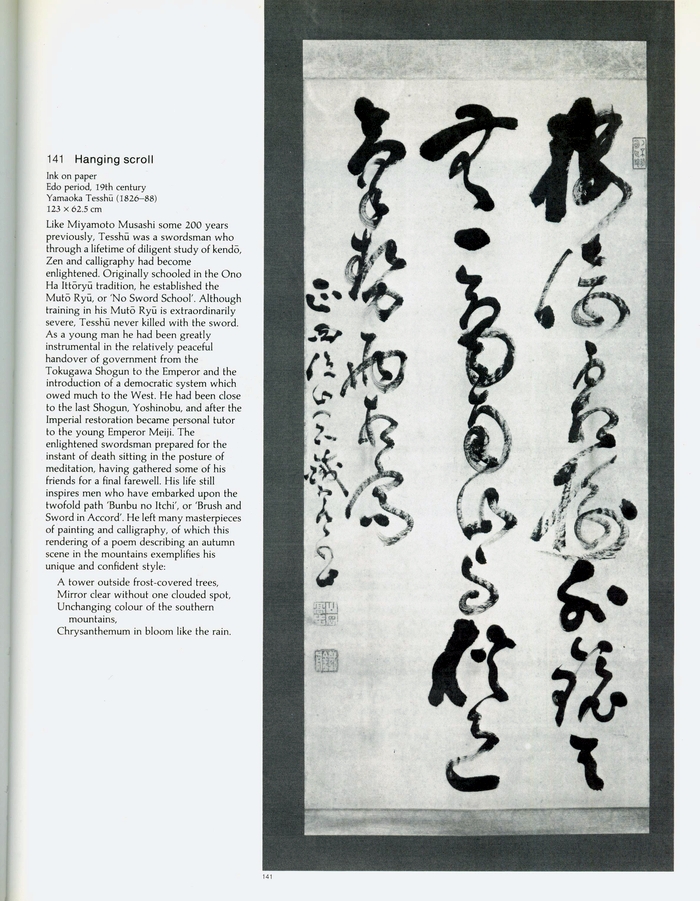 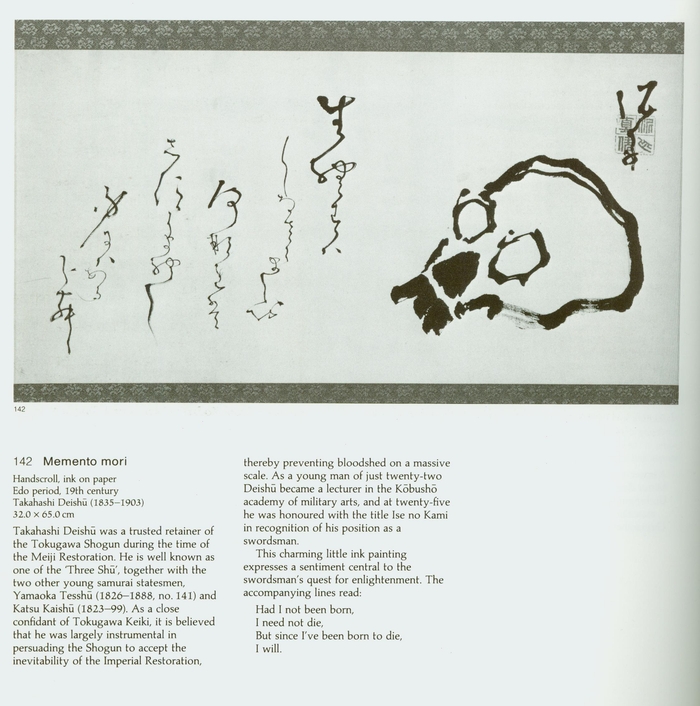